Canadian Innovation Exchange (CIX) brought together the CEOs of all major innovative companies this Tuesday to showcase the future of the technology ecosystem in Canada. The yearly event was filled with venture capitalists and entrepreneurs who are shaping the tech space in Canada.

Shopify, which launched its IPO this year and is valued more than $1 Billion, was named the CIX innovator of the year. Their Chief Platform Officer, Harley Finkelstein, accepted the award for the company. “The great thing about companies like Shopify is that it’s not an exit. It’s the start of creating a great global business, and going public is still a continuation of growing your business.” said John Ruffle, the CEO of OMERS Ventures.

#cixtop20 #CIX2015 why is series B funding the hard series to land? with host @seniarapisarda pic.twitter.com/NCSwivVRSb — TECH & DESIGN (@TekandDesign) November 17, 2015

A host of tech companies presented during the event, including VarageSale and Appdirect, which were part of a panel that discussed the struggle to get from series A to Series B.

Aislelabs was named among the top innovative companies for this year by CIX and was a part of the innovation panel at the event. Nick Koudas, CEO of Aislelabs, gave a presentation on the future of technology in retail spaces. Nick spoke about analytics and how it allows companies to understand customer behaviour.

The CIX Top20 showcase was a huge success and a great way for investors, entrepreneurs and everyone in the tech ecosystem to come together and showcase how the future is being shaped by the tech industry. 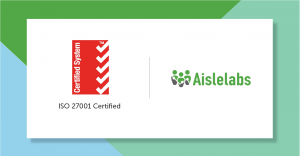 We at Aislelabs are proud to announce we have received ISO 27001 certification, becoming the world’s first and only WiFi marketing and location analytics company to be certified. We have always exceeded the industry standards to safeguard information and this …
END_OF_DOCUMENT_TOKEN_TO_BE_REPLACED 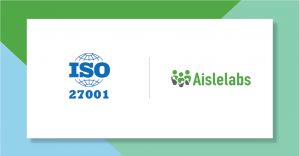 Aislelabs takes a step toward ISO 27001 certification as our information security programs have been successfully audited by a third party. Aislelabs has always been a forward thinking, security minded company that has done the utmost to take every effort …
END_OF_DOCUMENT_TOKEN_TO_BE_REPLACED 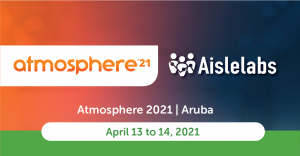