How Our AIOps Discovers and Remedies Inaccurate Data

Detecting and correcting errors in complex systems requires artificial intelligence and machine learning in operations. Without it, IT operations may never discover and remedy inaccuracies in the collected data.

Large, enterprise-grade infrastructure is both intricate and complicated meaning these deployments by their very nature are prone to error. Since the data captured by these systems is vital to marketing and operations teams to drive business value, making sure the system is resistant to IT issues and data integrity errors in reporting is of paramount importance. Manual human oversight alone is ill suited to handle detection and correction and must rely on artificial intelligence in IT operations (AIOps).

Right from the get-go, there are situations in which the deployment of a large wireless infrastructure can cause reporting issues. A major issue that can crop up is an incorrect placement of one or more AP on a floor plan within the Aislelabs platform. With a wireless device marked in the wrong place on a map of a location, the platform will incorrectly identify WiFi enabled devices within a particular zone.

Another possibility is that the wireless AP might be placed correctly on the floor plan but the wrong unit name has been applied to it. For example, the name of the physical unit at a shoe store in a mall has been incorrectly labelled on the floor plan as being inside an electronics store. So every time someone enters the shoe store, it’s attributed to the electronics retailer. 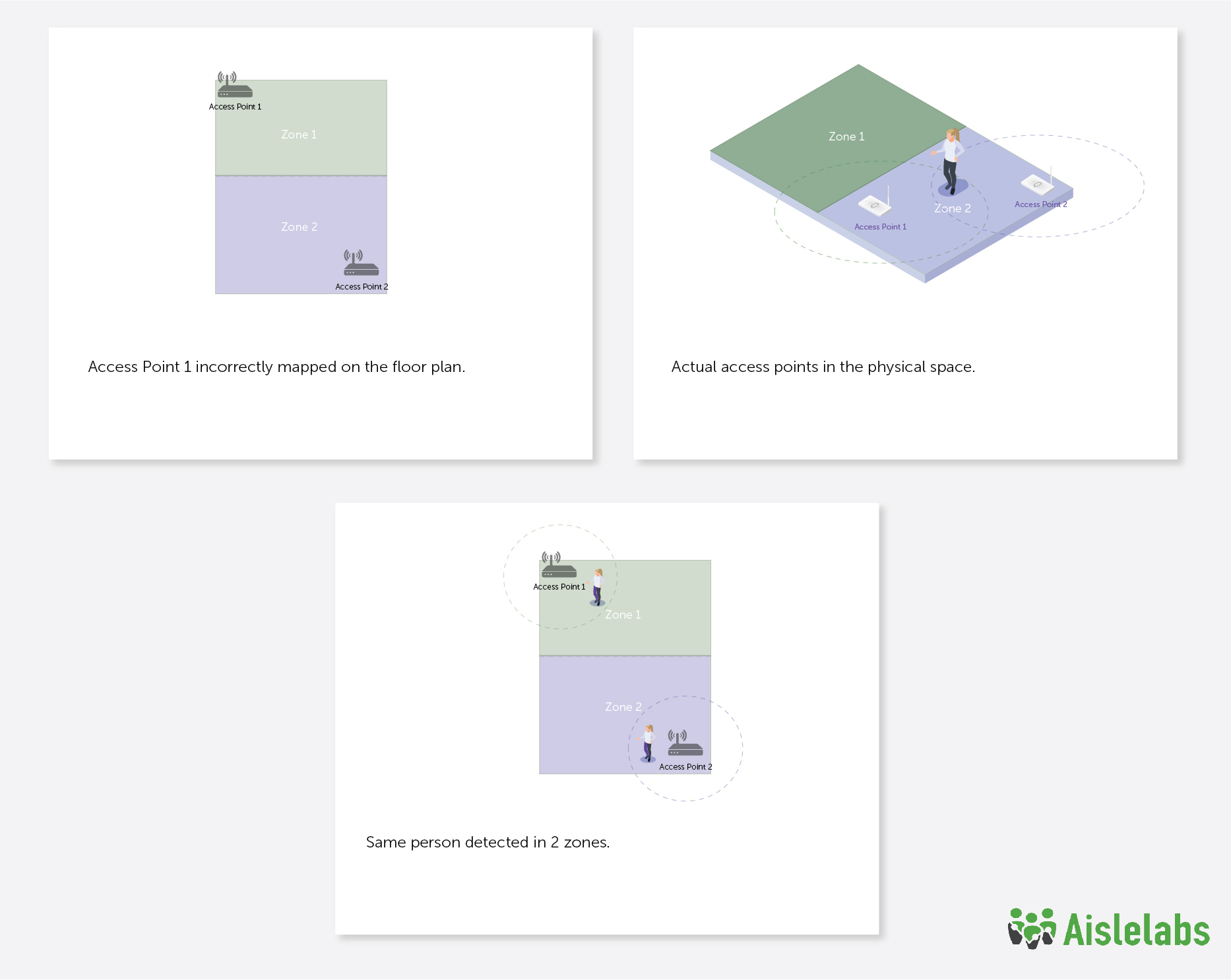 The zones themselves could also be incorrectly drawn. A zone that is labelled as the cosmetics section of a department store, for example, might have been drawn on the floor plan as a zone that is much larger than the actual department and partially encompasses some of the luxury baggage department and skewing the actual occupancy for both zones.

AP downtime is an issue as well. While an access point can go down for a variety of reasons, it is pretty easy to spot when one fails. But there are other issues than can crop up from one or multiple APs being down.

All of this is to illustrate that there are many scenarios where a complex deployment can go wrong. Since errors will crop up, no matter how diligent anyone is to keep them from happening, it is prudent to build a system that accepts their existence and a way to correct and compensate for them. Artificial intelligence for IT operations helps detect these issues.

Since operations and marketing teams are so dependent on accurate data, they need to trust in the integrity of their capture capabilities through AIOps. Incorrect data can be just as useless as no data and sometimes even more harmful. 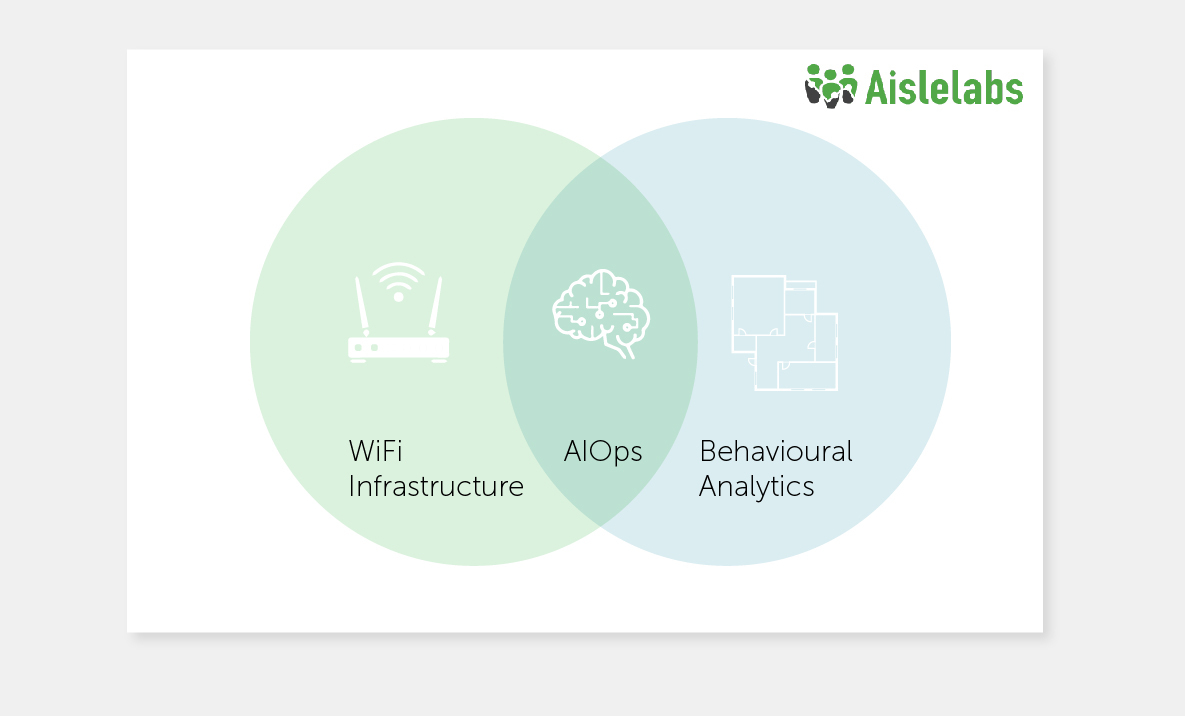 AIOps can be used to detect any issues and surface these errors. For instance, if two APs that are mapped as being far from each other both detect the same mobile device as being near, the system will flag this as a possible error that needs to be corrected.

Correcting errors after they occur

Once an error has been detected or flagged, the incorrect or inaccurate data needs to be amended. The Aislelabs platform allows businesses to “rewind and fast forward” and retroactively correct these errors.

Errors crop up no matter how vigilant a business’ IT department is, especially with regards to enterprise scale deployments. But having a system that can compensate for errors as they happen or retroactively ensures the integrity of your data. 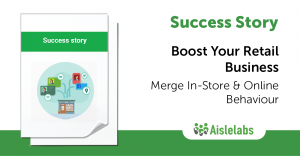 Here is another Aislelabs Success Story that details how by simply merging in-store and online customer behaviour, retail businesses can augment their customer base and enhance their businesses overall.  This success story is now ready for you to read. It …
END_OF_DOCUMENT_TOKEN_TO_BE_REPLACED 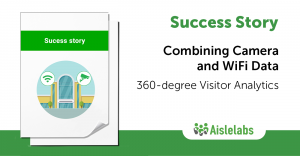 Aislelabs is delighted to announce a new success story that documents how a real-estate operator leveraged our solutions to combine their camera and WiFi data to get a 360-degree view of visitor analytics for their sites.  The new case study details …
END_OF_DOCUMENT_TOKEN_TO_BE_REPLACED 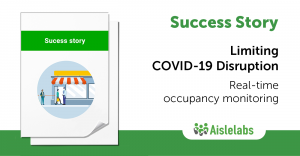 Aislelabs is here with a success story that documents how a leading Canadian mall operator leveraged the Aislelabs solutions to ensure adherence to the highest standards once they reopened after months of closure due to the COVID-19 pandemic.  This new …
END_OF_DOCUMENT_TOKEN_TO_BE_REPLACED