Part three and part four of this series covered the different types of floor plans and retail store layouts. Now in this part we’ll wrap it up with three final floor plans for creating customer paths. 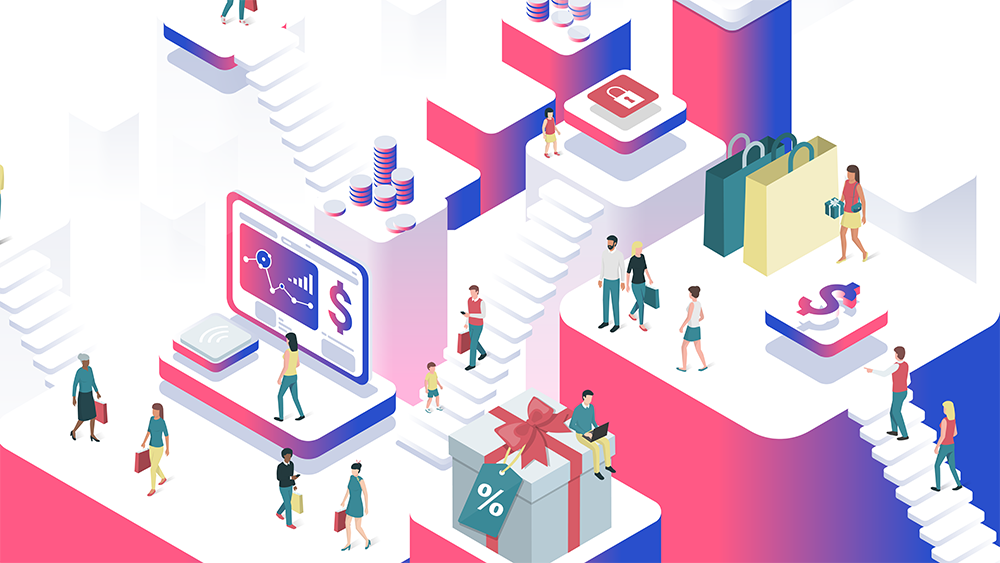 These final layouts are a bit different than what we have previously discussed. The herringbone layout solves a particular problem for smaller spaces while the free flow and mixed layouts are a bit more advanced.

The herringbone layout is used in a very specific instance. For most of this series we’ve assumed a larger space that can be utilized but some smaller, boutique styled retailers may have found they want to use the grid layout (as described in part three) but don’t actually have the space to pull it off. This is where the herringbone layout comes into play.

A herringbone layout is shaped very similar to the grid but with key differences. It features a main aisle from the decompression zone to the back wall with side aisles go all the way to the walls. So instead of a free flow through different aisles, a customer goes from the main aisle to a side aisle that dead-ends against the venue’s wall. To go to another aisle, they must return to the main aisle first. Generally, at the end of the main aisle (at the back of the retail store) is the cashier.

The obvious advantage of this layout is the ability to maximize merchandise in a small space in a similar way that the grid layout does, but it comes at a price. These side aisles create limited visibility and increase the likelihood of shoplifting. It also creates a cramped feeling and increases the possibility of narrow aisles.

Perhaps you eschew the idea of a rigid layout and reject the concept of following any of these floor plans, instead hoping for something more organic. The free flow layout has no rigid customer flow and promotes browsing rather than guiding a customer along a path. It can still make use of a decompression zone followed by a power wall on the right but leave the rest up to the customer. Patrons will feel less rushed and encouraged to explore the space and merchandise.

This is a double edged sword, however, as it can leave them confused and lost in your space with no obvious customer path. You would still be able to use signage and merchandise displays to gently guide a customer but you ultimately leave it to them to create their own route.

Every floor plan that has been described here has been shown in their simplest, rigid form. But one doesn’t have to be draconian regarding their retail layout. A mixed store layout allows you to mix, match, and contrast different layouts in a single place. IKEA may use a forced path layout for their showcase display but the herringbone or grid is used on the retail floor, for example. This mixed store layout can use multiple floor plans together to create a unique and engaging customer flow that keeps lower markup items in a grid while more expensive items are displayed in an angular layout.

A mixed store layout requires more space. In part two we pointed out that a retail outlet’s shape and size help dictate what kind of layout works with a given space. A small space would have a hard time using the grid layout and a herringbone floor plan is a way around. In the case of a mixed store layout, a larger space is absolutely needed in order to successfully implement it. It is also the most sophisticated floor plan so it has to be carefully constructed to create a customer path.

Now that we’ve detailed all the possible layouts to choose from there are several different specific strategies you will want to implement within them. We’ve talked about the right hand turn and a counter-clockwise customer path, but there are further ideas to explore in the next part of this series. 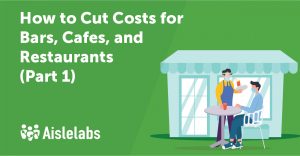 Restaurants, bars, and cafes must run tight ships if they are to be profitable in the food and beverage industry. Finding ways to cut costs while increasing revenue is essential for these businesses and cannot be overstated. Restaurants, cafes, and …
END_OF_DOCUMENT_TOKEN_TO_BE_REPLACED 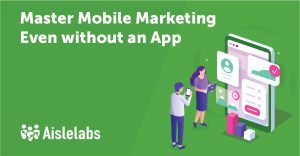 Smartphones have become indispensable pieces of technology and provide a great way for you to market to your customers through mobile marketing. We all rely on our phones for social media, email, contacting friends or family, watching the latest videos, …
END_OF_DOCUMENT_TOKEN_TO_BE_REPLACED 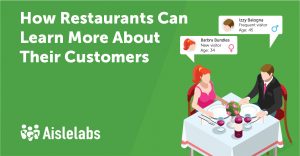 Most restaurants have limited information regarding who their customers are, where they live, their demographics, contact information, and interests. These are valuable pieces of information which are hard to collect in a non-intrusive way. Recent history with the COVID-19 pandemic …
END_OF_DOCUMENT_TOKEN_TO_BE_REPLACED